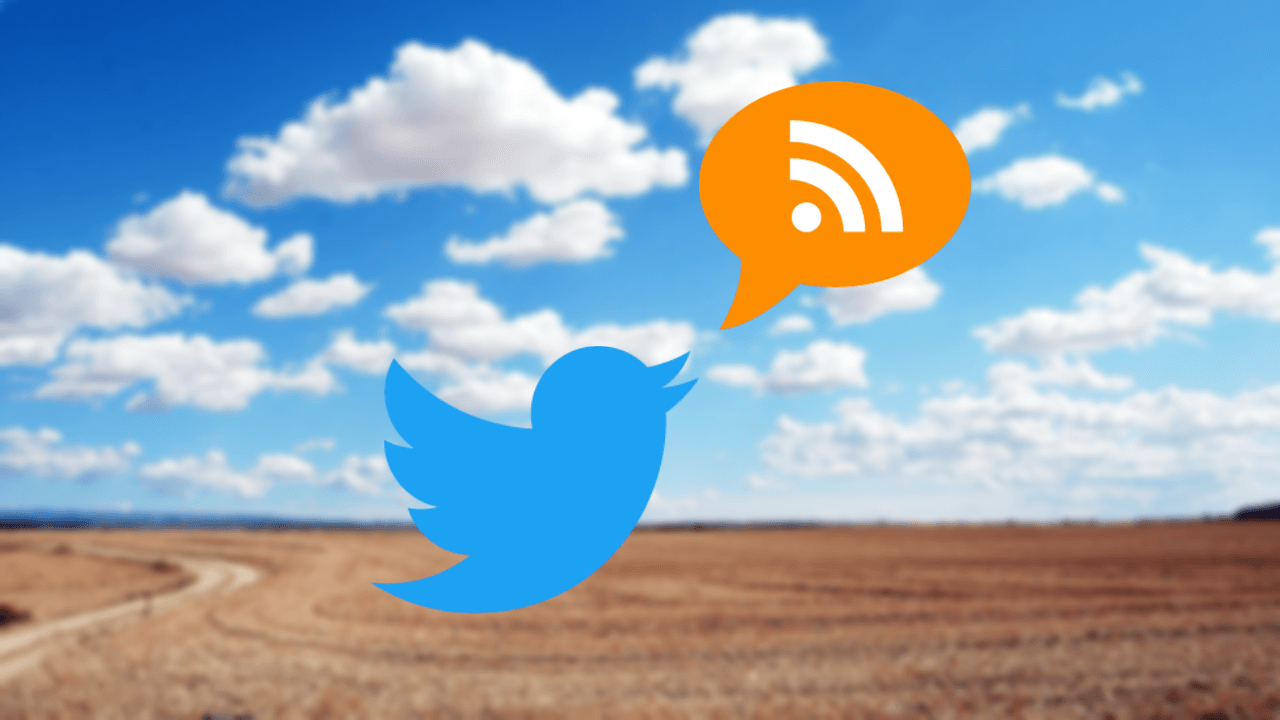 Are you looking to follow Twitter timelines in your feed reader? If so, it’s a good idea to check what level of support your feed reader has for Twitter. Many feed readers already have Twitter support built in (e.g. Newsblur, BazQux, Fraidycat).

To generate regular RSS feeds for Twitter, there are a number of applications available. These include hosted services and self-hosted applications that you run yourself on your own server.

Using a hosted services is probably the easiest way to generate RSS feeds for Twitter because you don’t have to run and manage your own servers.

Be aware that if you use a free, public service, the more popular that service becomes, the more likely it is to hit Twitter’s rate limits. If that happens, your Twitter feeds could be affected.

Using a self-hosted application to generate Twitter feeds gives you more flexibility, but requires that you be somewhat comfortable running a server or have experience with managing a web hosting account.

Using a hosted services is probably the easiest way to generate RSS feeds for Twitter because you don’t have to run and manage your own servers.

Feed Control is a service we provide here at FiveFilters.org. It allows you to manage existing feeds, but also to generate RSS feeds from Twitter timelines. You can also choose whether to include retweets or not.

At the moment Feed Control does not let you produce feeds from hashtags or custom searches.

Feed Control comes with a free plan which lets you create up to two feeds each with a 12-hour refresh rate. Paid plans offer more feeds with more frequent refresh times.

The official site is at nitter.net but due to its popularity, it often hits Twitter’s rate limits and is rendered nonfunctional. Nitter lists alternative (unofficial) instances to share the traffic burden, these are less used so often work better. However, the same thing can happen to these if they get popular, so be prepared to switch to a different instance.

The Nitter project is open source and there are installation instructions for users who are happy to host it themselves. Doing so is a good way to avoid the rate limit issues associated with public instances.

RSS feed for a particular user

Before clicking the RSS icon, you can also change to one of the other tabs first and get RSS feeds for Tweets & Replies, Media, and Search. These feed URLs use the following URL structure:

The above all produce RSS feeds associated with a particular Twitter user. You can also get RSS feeds from the results of a global Twitter search (e.g. for a particular hashtag).

Using a self-hosted application to generate Twitter feeds gives you more flexibility, but requires that you be somewhat comfortable running a server, or have experience managing a web hosting account.

Using an application that relies on Twitter’s unofficial API is the easiest way to get started as it doesn’t require signing up for a Twitter developer account and entering API keys. But if Twitter make changes to the unofficial API, you might find your feeds stop working. This can happen with the official API too, but you’re more likely to receive notice of any upcoming changes then.

At FiveFilters.org, most of our feed-related tools are written in PHP. If you’re comfortable running our tools, you should have no trouble getting up and running with RSS Bridge and Tweetledee because they’re also both written in PHP and quite easy to set up. We’ll have guides for setting these up in an upcoming post.

RSS Bridge is a PHP application that provides RSS output for not just Twitter, but a number of different websites and services. It relies on Twitter’s unofficial API to produce RSS feeds, so there’s no need for a Twitter developer account here.

We covered using the hosted Nitter services earlier, if you like its output, you can host it yourself. It uses the unofficial Twitter API, so you do not need to have a Twitter developer account to get it up and running.

Similar to RSS Bridge, RSS Hub provides RSS output for a number of different sites and services. Unlike RSS Bridge, its Twitter output relies on the official Twitter API, so you’ll need a developer account to use it.