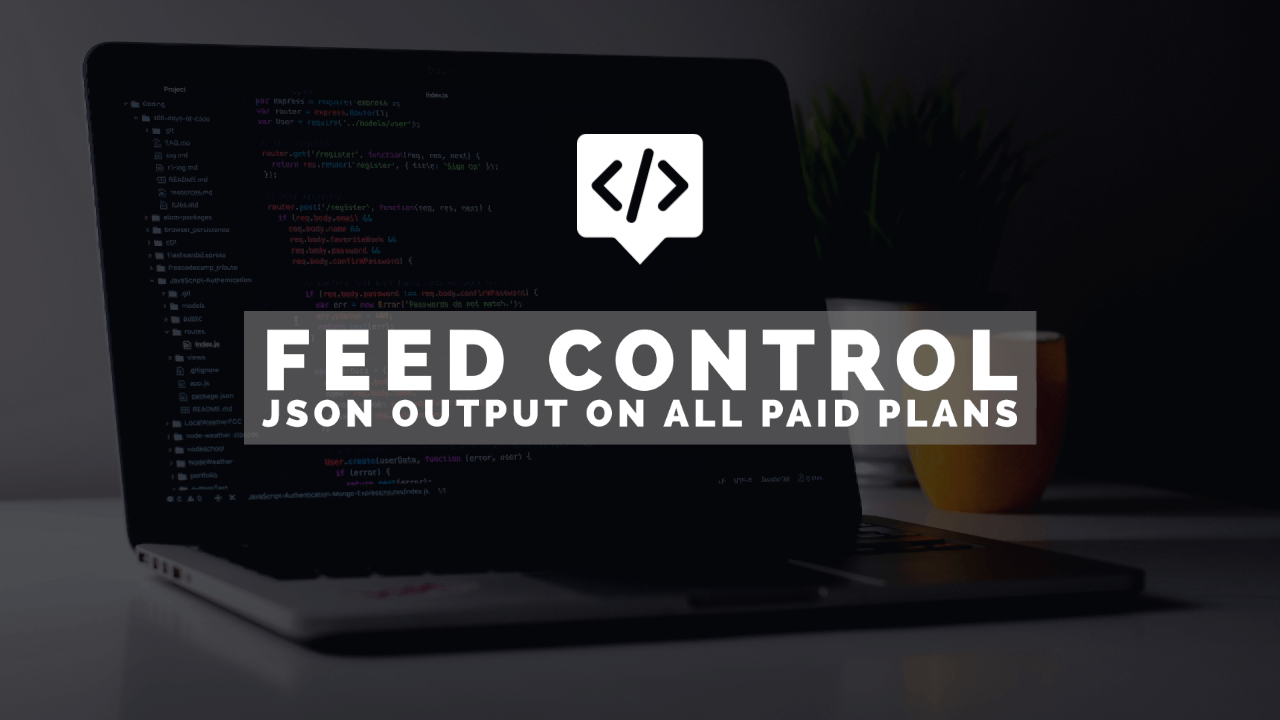 JSON output is now supported in Feed Control on all paid plans (previously it was only available on the Plus and Business plans). It can be enabled on the Generate RSS/JSON tab when editing a feed.

After it’s been enabled, you can access the JSON URL (hosted on a CDN) using the green JSON link on the same tab:

We’ve also fixed an issue that resulted in the generated RSS and JSON files on the CDN not always getting updated in a timely manner when new items were detected. This only affected a small number of feeds, but if you had feeds that were affected, this should be fixed now.

Let us know if you have any feedback or feature requests related to Feed Control. We have some new features in the works that we hope to be able to share soon.